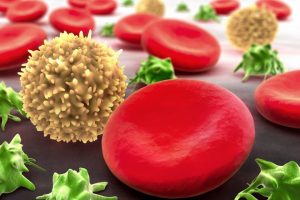 Guidelines are summaries of the current scientific knowledge about a disease – in addition to a complete list of possible symptoms and the most targeted diagnostic methods, you can read about the best possible treatment options according to the current state of knowledge. They serve primarily as a non-binding guide for doctors, but also contain interesting information for patients. Every now and then, guidelines are updated so that the findings of new studies can be incorporated into everyday medical practice – this is exactly what happened this month for the PNH guideline of the German Society of Haematology and Medical Oncology (DGHO) . The last version was still from November 2019 and a revision was necessary in particular to bring recommendations on the use of new drug therapy options up to the status of 2022: Specifically, we are talking about pegcetacoplan, the new C3 complement inhibitor, which has been approved in the EU since December 2021 under the trade name Aspaveli® and, according to the manufacturer Swedish Orphan Biovitrum AB (Sobi), is expected to be available as a therapy option in Germany from April 2022.
We have already reported on the drug several times on our blog, for information on the mode of action of pegcetacoplan we refer to our post dated from 5 April 2021. The new guideline contains information on the prescription and risks of pegcetacoplan, which we summarise below. In addition, we provide information on the use of the drug, for example. Please refer to the “Summary of Product Characteristics“ of the European Medicines Agency (EMA) for details.

Pegcetacoplan therapy is considered for adult PNH patients who have already been treated with a C5 complement inhibitor (eculizumab, ravulizumab) for at least three months and still have symptomatic anaemia . This must be shown to be due to extravascular haemolysis – i.e. the premature breakdown of red blood cells (erythrocytes) in the liver and spleen. This can be determined by certain blood values (a clearly increased number of young, immature red blood cells (reticulocytes), an increased bilirubin value and an only slightly increased LDH value). The new guideline refers here to the registration trial (PEGASUS), in which a superiority of further therapy with pegcetacoplan versus with eculizumab was demonstrated in precisely this situation.

Pegcetacoplan has a rather short half-life in the body. For this reason, the drug must be administered twice a week: It is applied with one or two needles under the uppermost layers of the skin (subcutaneously), for example in the abdomen or thigh. The infusion takes about 30-60 minutes, depending on the number of needles. One dose of pegcetacoplan contains 1080 mg of the active substance. At the beginning of the therapy, the drug is injected by or in the presence of medical staff in order to practise the correct application and to check tolerance. After this practice phase, patients may inject themselves with pegcetacoplan at home.

From the clinical trials and the experience with pegcetacoplan in the USA, among other countries, where the drug has already been available for PNH patients since May 2021, some adverse effects are known – as is the case for practically every active substance. Some patients experience reactions (redness, swelling, itching) at the injection sites, mild diarrhoea or abdominal pain, and there is a higher risk of upper respiratory infections or other (viral) infectious diseases. There is an increased risk of haemolysis after stopping pegcetacoplan, so patients should be monitored regularly by a doctor for about eight weeks after stopping therapy.

By preventing the breakdown of erythrocytes, pegcetacoplan also compromises other processes of the body’s defence system: Certain infectious diseases cannot be fought off as effectively, which is why patients must be vaccinated against some bacterial pathogens at least 14 days before starting treatment. These include pneumococci, meningococci and Haemophilus influenzae type B. Discuss your vaccination status and any necessary booster or first vaccinations with your doctor.

InfectionsMedicationPNHStudiesvaccination
Manage cookie consent
In order to provide you with an optimal experience, we use technologies such as cookies to store and/or access device information. If you consent to these technologies, we may process data such as browsing behaviour or unique IDs on this website. If you do not give or withdraw your consent, certain features and functions may be affected.
Manage options Manage services Manage vendors Read more about these purposes
See preference settings
{title} {title} {title}